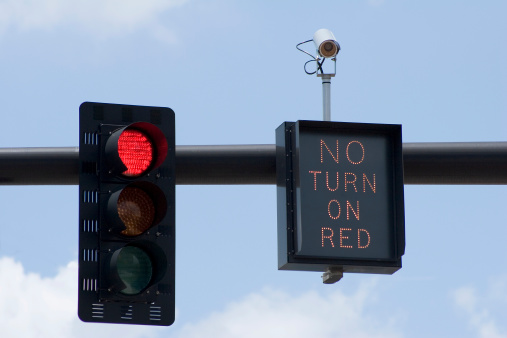 A Florida car accident attorney explains what you need to know

A recent study ranked Florida third nationwide for car accident fatalities caused by drivers who run a red light. The analysis was conducted by the National Coalition for Safer Roads and found that in Florida 84 people on average died each year in intersection accidents caused by drivers who don't stop for red lights. The only states with more red-light-running fatalities were California and Texas.

Knowing what to do after a crash caused by a driver who runs a red light can be confusing and frustrating. Even knowing what legal options are available in Florida might not be clear. That’s why it’s important to understand this issue and what you can do in the event that you’re injured in a crash caused by a red-light-running driver.

How many crashes are caused by running red lights?

Accidents caused by drivers who run a red light have become increasingly common in recent years. Nationwide in 2019, 843 people were killed and 143,000 people were injured in such accidents, according to the National Coalition for Safer Roads. More than half of the deaths involved pedestrians, bicyclists, and passengers of other vehicles.

As for Florida, drivers who ran red lights caused 85 fatalities in 2019, along with 903 serious injuries, 3,680 minor injuries, and 6,945 possible injuries, according to statistics compiled by Florida Highway Safety and Motor Vehicles (FLHSMV).

Another study found that most drivers who run a red light are male, young, and have previously been involved in a crash or convicted of driving under the influence, according to the Insurance Institute for Highway Safety (IIHS).

If you or a loved one has been injured in an accident caused by a driver who ran a red light, you should:

How a car accident attorney can help

You might think you don’t need an attorney if another driver ran a red light and clearly caused your accident. But the reality is cases involving car wrecks are complicated. Sometimes, it’s because the driver who's responsible for the crash denies doing anything wrong. Other times, it's the insurance company that's the problem. That’s because personal injury claims can cost the insurance company a lot of money, and they have a financial interest in paying you as little as possible.

At the Law Offices of Brent C. Miller, P.A. in Florida, we know how to handle complicated cases because we have years of experience successfully representing injury victims.

As your lawyer, we can:

We never take a one-size-fits-all approach to car accident claims. As your attorney, you can count on us to do the work that needs to be done to build the strongest possible case in pursuit of the best possible outcome. That’s because we’re focused on getting you the financial compensation you need and deserve.

Contact us today to schedule a free consultation with a Florida car accident lawyer. With four offices conveniently located in Tavares, Inverness, Clermont, and The Villages, we proudly serve clients throughout Central Florida.