Rare Roundabout Crash in The Villages Results in DUI Charge 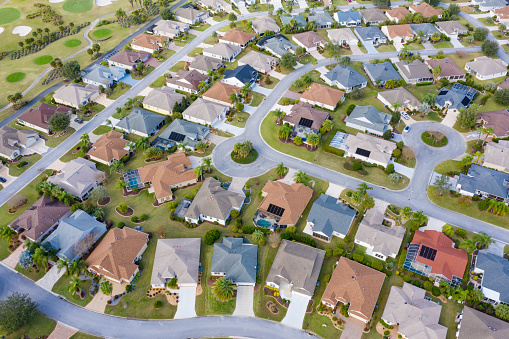 Roundabouts have been shown to reduce car accident-related injuries and fatalities when they replace traffic signals, but crashes can still happen.

Earlier this month, a 28-year-old man crashed a vehicle at the Warm Springs Avenue and Fenney Way roundabout, according to a Villages-News brief. Wildwood Police say the driver was stumbling around at the site of the crash when they arrived.

The man was transported by ambulance to UF Health-The Villages Brownwood emergency room for a medical evaluation. Once there, staff discovered glass in the man's hair from where he apparently hit his head on the vehicle's windshield.

The man refused a breathalyzer test to measure his blood alcohol content (BAC) level and is facing a charge of driving under the influence (DUI). He was booked at the Sumter County Detention Center and was released after posting a $1,000 bond.

This accident was unique in a couple of ways — it was a roundabout crash that required a trip to the emergency room and, if the DUI charge holds, it's incredible no one else was hurt or killed, as is often the case when drunk drivers get behind the wheel of a car.

Drunk driving is an exceptionally reckless form of negligence and should never be tolerated in any community. According to the Centers for Disease Control and Prevention, nearly 30 people in the U.S. die every day in motor vehicle accidents that involve drivers who are under the influence of alcohol or drugs.

In Florida, driving under the influence is a bigger problem than in other parts of the nation. Here there are about 3.8 alcohol-impaired driving fatalities per 100,000 people. Nationally, the rate is 3.2.

The state also has a high rate of repeat offenders who are driving around with high BAC levels (a BAC of 0.15 or more). Anyone driving with a BAC of 0.08 or higher is open to a DUI charge. About 84% of drivers in fatal crashes caused by repeat DUI offenders have a BAC of 0.15 or higher. The national average is 74%.

In 2020, there were 315 DUI fatalities and 278 people were injured in crashes with impaired drivers.

These numbers will likely only rise in the coming years, as The Villages continues to be one of the fastest-growing cities in the U.S.

Victims of DUI crashes have the right to pursue fair compensation for their damages.

When the subject of DUI comes up, it's often in relation to alcohol, but more and more illegal and/or abused prescription drugs are causing serious Florida crashes. Over the last two years, statewide, alcohol-confirmed crashes have declined by about 2.4%, but drug-confirmed crashes went up by 8.5%. Drug-confirmed incapacitating injury accidents increased by 23% from 2018 to 2019, according to state data.

Ranked from most to least popular, the drugs most commonly discovered in Florida, according to medical examiner records, are:

In Sumter County, the most commonly used illicit drugs discovered in people who died due to overdose are fentanyl and morphine.

Regardless, if you were injured or a loved one died in a car accident caused by a driver who was either drunk, high, or otherwise impaired, you owe it to yourself and your family to contact a personal injury attorney to explore your legal rights and options.

Here's how a personal injury lawyer can help you

An accident caused by someone else's negligence does not have to put you or your family into a debt spiral. Failing to get the money you need to recover from an accident means you could wind up paying for expensive, accident-related medical treatments out of pocket.

Don't let an insurance adjuster play games with your well-being and finances. Let an experienced personal injury lawyer fight for every dollar you deserve, and contact us today to schedule a free case review at our office in The Villages, FL.

We offer legal representation to our clients on contingency, which means we only get paid legal fees when we win. If we can't obtain financial compensation on your behalf, you pay no legal fees. Contact us right now to learn more.