Do Interlock Devices Cause Distracted Driving? 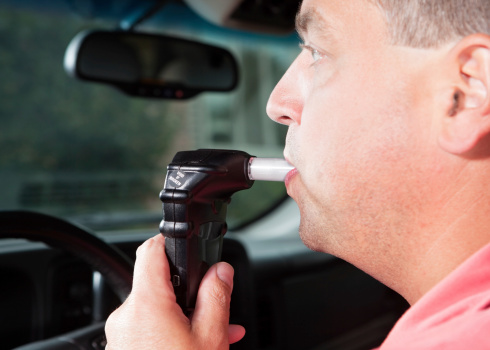 Those convicted of drunk driving in Florida may be required by the court to install an ignition interlock device (IID) before they can get their driving privileges restored. Under Section 316.193, IIDs may be applied for:

IIDs are designed to prevent DUI offenders from driving drunk again in the future. The device, which is about the size of a cellphone, is wired into the electronic system of a car. Drivers blow into these devices, which then determines if they had been drinking. If a driver is found to be drunk, the engine simply won't start.

IIDs may prevent DUI crashes, but irresponsible use of them may cause distracted driving accidents

This may sound like good news if you live in one of these states. There is, however, a catch. Drivers who use IIDs must not only blow into these devices to start their cars, but they must also do so in order to keep driving. That means, they must use IIDs while their cars are in motion to perform "rolling retests."

According to the New York Times, IIDs can cause distraction among the drivers who use them — much the same way cellphones do. For example, drivers must blow into the IIDs at various times after starting their cars, which they are prompted to do by a beeping sound. If they fail to do so, IIDs may make the alerts may get more intense, but vehicle operation won't be impacted. In order to resume driving, however, IID users must pull over, shut off the engine and start over again.

The article cites one incident from 2017 involving a driver who had previously been convicted of a DUI twice. The driver, who was sober at the time, reportedly just passed the IID retest before proceeding. However, he became distracted after dropping his IID on the floor. As he reached down to retrieve it, he fatally struck another driver who was backing out of her driveway.

In other incidents cited by the New York Times:

Responsible use of IIDs

Companies who make IIDs claim that they are safe to use and give drivers plenty of time to retest. The National Highway Traffic Safety Administration, however, urges IID users to pull over somewhere safe before attempting to do so.

IIDs are important for allowing some DUI offenders to get around while preventing them from driving drunk. The inconvenience of taking the various retests, however, is the price DUI offenders must endure.

Should you or a loved one be injured in a crash with an IID user who was distracted behind the wheel, you may be entitled to compensation. The legal team at the Law Offices of Brent C. Miller, P.A. can investigate your crash and use evidence of distraction to help you build a strong legal claim.

To get started, contact us online and schedule your free consultation. We serve clients throughout Tavares, The Villages, Inverness, and Clermont, Florida.