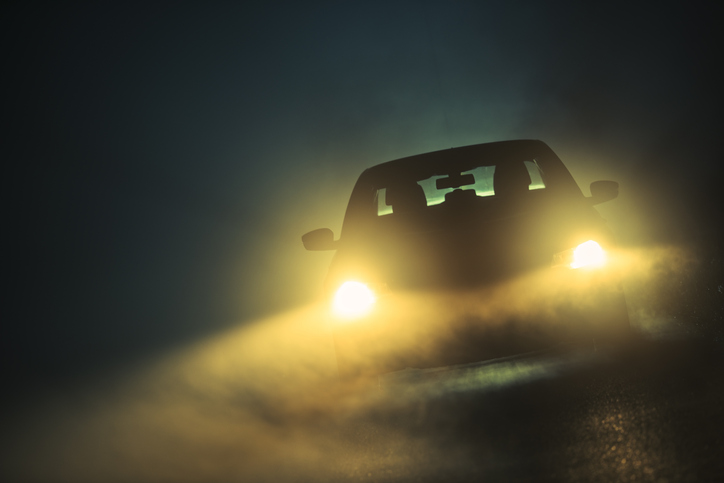 A nighttime car accident in Florida can happen in the blink of an eye, yet has the potential to affect your life (and health) for weeks, months or even forever. So you need every little advantage possible to avoid a crash.

That's where your vehicle's headlights and the Insurance Institute for Highway Safety (IIHS) come into play. The independent nonprofit, recognizing that federal standards for headlights had changed little since 1968, decided to implement its own, more stringent guidelines in 2016.

Under the IIHS program, vehicles with headlights earning a good rating resulted in a 20% decrease in nighttime accidents compared to headlights that were ranked as poor. Crash rates fell 15% and 10%, respectively, for vehicles with acceptable or marginal headlights.

As noted by IIHS Senior Research Engineer Matthew Brumbelow, driving is three times more dangerous at night than during daylight hours. The study, which rated about 1,000 headlight systems, was the first to underscore the obvious benefit of improving their efficiency.

Armed with the results of its study, IIHS next moved to convince the auto industry that installing better headlights was in its best interests. To accomplish this, IIHS included headlight ratings into its Top Safety Pick and Top Safety Pick+ award programs. Headlight rankings included good, acceptable, marginal, and poor.

The move worked because automobile manufacturers like to use the IIHC's awards programs to promote and sell their vehicles. Simply put, they were highly motivated in a financial sense to respond to the results of the study. Almost overnight, carmakers began upgrading the headlights on their products, going as far as making midyear design changes on hundreds of models. As a result, the number of headlights receiving a good rating from IIHS jumped more than sevenfold, from 4% to 29%.

Improved headlights save lives because they can give drivers up to six extra seconds to recognize and avoid potential road hazards, according to the IIHS study. The numbers prove the point, with injuries to drivers in vehicles with good headlights falling 29%, compared to drivers in vehicles with a poor rating. Tow-away and pedestrian crashes also fell by about 25% each.

Of course, even the best headlights can only do so much. Motorists are also responsible for safely operating their vehicles at night, and when they fail to do so, others can be seriously hurt.

An attorney can shed light on your case

A nighttime accident can leave you in the dark, wondering where to turn. You may be seriously injured, out of work, and unable to support your family. It almost goes without saying that you lack the expertise to take on the driver who refuses to admit that he or she caused your injuries or an insurance company that is pressuring you into accepting an unfair settlement because they know you are desperate for money.

At The Law Offices of Brent C. Miller, P.A., our legal team has more than 75 years of combined experience representing accident victims in Tavares, The Villages, Inverness, and Clermont. For more than 25 years, our firm has been countering the legal maneuvering of guilty motorists and selfish insurance companies. While you focus on healing from your injuries, we will protect your rights as we aggressively pursue a fair financial settlement for you and your family. Contact us for a free case consultation today.