Home » Blog » How Florida is Trying to Keep Cyclists Safe

How Florida is Trying to Keep Cyclists Safe 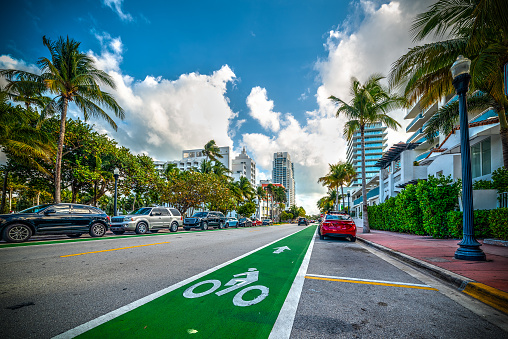 If you are a cyclist in Florida who has ever felt like the state's roads are far too dangerous, unfortunately, you are correct. The state has an abysmal record when it comes to bicycle accidents and cyclist safety, but is taking steps to improve.

Florida is popular among cyclists because of its mild year-round weather. It's also deadly to cyclists because too many motorists do not know or ignore the basic rules of sharing the road safely.

How dangerous is Florida for cyclists? Only South Carolina and Delaware are ranked worst, with Florida topping all states in the number of deaths – 125 of 783 fatalities nationwide in 2017, or 16%. Furthermore, the National Highway Traffic Safety Administration (NHTSA) reports that fatalities among cyclists 20 and older in Florida have tripled since 1975.

NHTSA lists the leading causes of bicycle accidents caused by reckless motorists as:

As a result of the high death rate among cyclists, Florida has enacted legal protections for cyclists (violators are subject to non-criminal moving violations). The measures include:

Some communities in Florida are taking additional steps to protect cyclists. Miami and other cities, for example, are adding bicycle-only lanes.

As a bicyclist, you have little protection if you get hit by a car. You may sustain major injuries that keep you out of work and unable to support your family. If you were injured in a bicycle accident due to someone else's negligence, you deserve compensation for your losses. The problem is the insurance company has a vested interest in paying you as little money as possible. That's why you need someone to look out for your best interests and aggressively advocate for the compensation you're entitled to.

At The Law Offices of Brent C. Miller, P.A., we have been fighting for Florida bicycle accident victims in Tavares, The Villages, Inverness, and Clermont for years. Our legal team's extensive experience can help give you the edge you need to get the best possible outcome in your case. Discover what an experienced Central Florida bicycle accident attorney can do for you. Contact us today for a free consultation.