Home » Blog » Hit and run crashes are a problem in Florida

Hit and run crashes are a problem in Florida 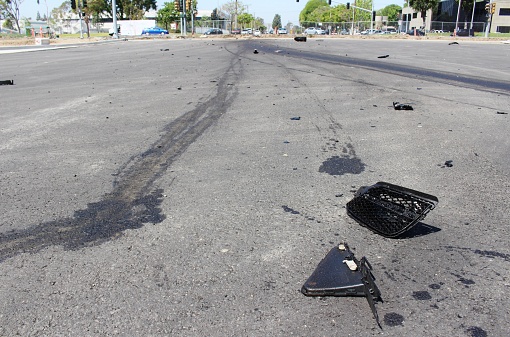 If you're driving in Tavares or anywhere in Florida and you get into an accident, the law says you're required to stay on scene and promptly report the crash to local law enforcement if it involves injuries, death, or at least $500 in vehicle or property damage.

Aside from checking for any potential injuries, one of the most critical steps you'll need to take after any bad car accident is exchanging information with everyone else involved — but what are you supposed to do if another driver hits your car and then doesn't stop? What are you supposed to do if you don't have any details about the other driver, like their name and insurance coverage?

Known as a hit and run, this can be a serious offense in Florida. Drivers who flee the scene of a crash may face harsh consequences for their actions, yet hit and run crashes happen far too frequently in the Sunshine State. In fact, the latest crash data from the Florida Highway Patrol reveals that there were over 105,000 hit and run accidents in Florida in 2019, and about one-fourth of all Florida crashes involve a driver fleeing the scene of a crash.

Getting hurt in a car accident is stressful enough, but when you're injured because of someone else and they leave you high and dry at the crash scene without providing any information or assistance, it's normal to feel hopeless.

Hit and run accidents in Florida

The Tavares Police Department is still investigating a tragic hit and run crash involving a woman who was hit by a dark 4-door vehicle in the area of Key West Resort and The Doghouse sports bar around 12:50 a.m. on April 24, 2021. Police say the victim sustained significant injuries to her head, including a large open wound that allowed bystanders to "see her skull."

Incredibly, the driver fled from the scene of the crash without helping the victim, and, as far as the suspect knew at the time, left the woman for dead.

Sadly, these types of incidents are becoming more and more common in Florida. Local crash statistics indicate that while bicyclists and pedestrians make up just a small percentage of those involved in hit and run crashes, they account for over 20% of all hit and run fatalities.

Crash data from the FHP shows:

Again, the legal consequences for committing a hit and run in Florida can be severe depending on the circumstances.

Here are the penalties for leaving the scene of a crash, according to Florida statute.

Hit and run with property damage

Hit and run with injuries

Hit and run with fatalities

Keep in mind that any criminal charges the hit and run driver faces are separate from civil proceedings, which means even if criminal charges are dropped against the individual, it's still possible to win your civil case.

But what if the police don't find the driver who left the scene?

Depending on your auto insurance coverage, you might have some options. For instance, if you purchased uninsured/underinsured motorist coverage, it can help you cover the cost of your accident-related expenses since an unknown driver who flees the scene of a crash is automatically considered an uninsured driver.

The problem is when you're dealing with an insurance company they have an economic incentive to pay you as little money as possible. For insurance adjusters, it's all in a day's work to purposefully delay valid claims, misrepresent coverage, get crash victims to say the wrong thing in a recorded statement, and make "lowball" settlement offers that fall far short of being fair.

At the Law Offices of Brent C. Miller, P.A., our knowledgeable legal team knows how to deal with insurance companies and aggressively advocate for maximum financial compensation. Whether it's in settlement negotiations or in court, our law firm will fight for every dollar you deserve.

See how an experienced car accident lawyer in Tavares can help you after a hit and run crash. Contact us right now to set up a free consultation.