Home » Blog » Florida Is the Most Dangerous State for Bicyclists

Florida Is the Most Dangerous State for Bicyclists 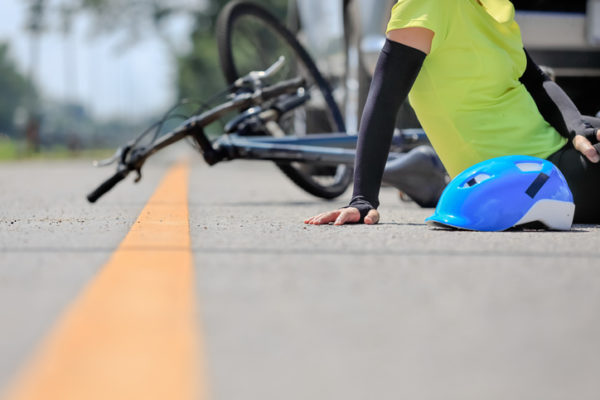 Far too many fatal bicycle accidents occur in Florida every year.

The number of fatal bicycle accidents in Florida reached a record high last year. And according to a recent accident analysis by Fox 4 News in Florida, the state remains the deadliest for cyclists compared to all other states in the country.

“Every day, on average, 18 people are in a bicycle crash in Florida,” Fox 4 News reported. “Every two days, a person dies from their injuries in a bike crash, so far in 2022.”

Over the past four years, the number of people killed in bicycle accidents in Florida has steadily increased. Last year, Florida set a new record with 183 bicycle accident fatalities due to 6,399 bicycle accidents, according to accident data compiled by the Florida Department of Highway Safety and Motor Vehicles (FLHSMV) on its crash dashboard.

In recent years, Florida has consistently topped lists for the worst and most dangerous states to ride a bicycle. People walking along the road or crossing the street are also at risk in Florida, according to WFTV 9 News, which also ran a story about the dangers cyclists face in Florida.

“Motorists don’t feel like you should be there, and they run really close to you, and honk the horn, or they gun in right next to you,” a local cyclist told WFTV 9 News. “I feel like I’m constantly looking over my shoulder.”

As briefly explained above, aggressive drivers who don’t share the road with cyclists are often to blame for bicycle accidents in Florida. However, officials also attributed the high number of fatal bicycle accidents to the state’s “year-round warm weather and large tourist numbers,” according to Fox 4 News.

But as any Florida cyclist will tell you, bike crashes often occur because drivers behave recklessly or negligently. Specific examples include:

The injuries sustained in bicycle accidents are usually severe, and the consequences can last a lifetime. Victims have recourse through the civil justice system, but negligent drivers are quick to shift blame, and insurance companies are known for making lowball settlement offers.

If you were hit by a negligent driver while riding a bike, you need to protect your rights and talk to an experienced Florida bicycle accident lawyer as soon as possible.

Contact an attorney about filing a bike accident claim.

Don’t simply assume you will be fairly compensated for your accident-related expenses if you were hit by a car while riding a bicycle. Many bicycle accident claims turn into complex legal matters. As such, it’s critical that you have experienced legal representation on your side, standing up for your rights.

At the Law Offices of Brent Miller, P.A., our highly skilled legal team can ensure your rights are respected and your bicycle accident claim gets the attention it deserves. We know the law and understand how the legal system works in Florida. We have a strong track record of success and know how to advocate for the compensation our clients deserve.

Discover what our law firm can do for you. Contact us today to schedule a free consultation with an experienced Central Florida bicycle accident attorney. We have over 75 years of combined legal experience and would be honored to talk to you about your potential legal case.

In addition, our firm handles bike accident claims and lawsuits on a contingency fee basis. That means you pay no fees unless we secure a financial settlement or favorable court verdict for you. Talk to an attorney at one of our four offices in Central Florida, including Tavares, Inverness, Clermont, and The Villages.