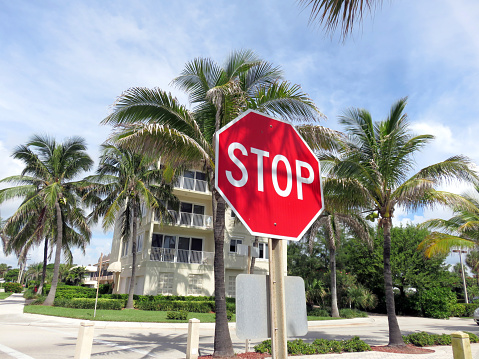 A lawyer who represents accident victims in Florida provides the details

A fatal car accident recently occurred in Orlando due to a driver who ran a stop sign and crashed into another car, according to The Orlando Sentinel. Worst of all, these types of accidents often occur, especially in Florida.

The recent fatal accident happened on a Saturday night at the intersection of Wyndham Lakes Boulevard and Caneel Bay Boulevard. The driver killed in the intersection accident was heading west on Wyndham Lakes Boulevard when the other driver ran a stop sign and crashed into the driver’s side of his car while heading north on Caneel Bay Boulevard, according to a Florida Highway Patrol report obtained by The Orlando Sentinel.

The driver killed in the crash was pronounced dead at the scene. The other driver sustained minor injuries and was taken to a nearby hospital. The accident remains under investigation by the Florida Highway Patrol.

How many accidents are caused by ignoring stop signs?

Another study conducted by the Insurance Institute for Highway Safety (IIHS) found that 70 percent of accidents that occur at a two-way stop sign involve one of the drivers failing to stop at a stop sign.

Sometimes, drivers do not stop due to adverse weather conditions, such as snow or ice. But the vast majority – two-thirds of stop sign violation accidents – involved drivers who claimed to stop but then continued driving and crashed into another car. IIHS researchers believe these accidents occurred because the driver was not paying attention or did not see the other vehicle. IIHS researchers also noted that drivers under 18 years old and over 65 years old were more likely to be involved in an accident after not stopping at a stop sign.

How bad is the problem in Florida?

Drivers who don’t stop at stop signs have become a serious problem in Florida. According to the Insurify study, Florida ranks 7th in the country among the worst states for drivers who do not stop at a stop sign.

A total of 2.82 percent of drivers in Florida admitted to not stopping at a stop sign or a red light at least once in the past seven years. Florida also ranks 3rd nationwide for drivers who cause fatal accidents due to running a red light. One study by the National Coalition for Safer Roads found that 84 people die each year in Florida accidents involving drivers who ran a red light.

A car accident attorney can protect your rights

Having an attorney on your side can often make a dramatic difference if you’re dealing with an accident caused by a driver who did not stop at a stop sign. It’s not unusual for the at-fault driver to deny running a stop sign or causing the collision. Worst of all, insurance companies care more about protecting their profits than providing appropriate compensation and are often looking for any excuse to reduce or deny injury claims.

At the Law Offices of Brent Miller, P.A., we know what's at stake for you and your loved ones. As your lawyer, we can work with you to build the strongest possible legal case. We know how to investigate accidents involving drivers who don’t stop at stop signs. We know what evidence to look for and what questions to ask.

Insurance companies take us seriously when we sit down with them and negotiate a settlement offer on behalf of our clients. If they don’t, we won’t hesitate to take legal action and file a lawsuit against them. We’re serious about winning your case and welcome the opportunity to earn your trust.

Learn more about how we can help if you were injured in an accident caused by a driver who ran a stop sign. Contact our law firm and schedule your free consultation with a Florida car accident lawyer. We have four offices conveniently located in Central Florida, including offices in Tavares, Inverness, Clermont, and The Villages.