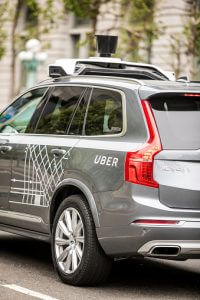 Uber’s fleet of self-driving cars made headlines when one car struck and killed a pedestrian who was crossing the street with her bike in Arizona. Although the car was autonomous, there was a driver behind the wheel in order to take control of the car in just such circumstances.

Evidence gathered in the investigation showed that the driver was watching an episode of The Voice on her cell phone instead of watching the road.

Uber’s self-driven car technology is not yet able to alert drivers of potential hazards in the road ahead. A driver is present in these autonomous vehicles precisely to prevent accidents like this one from occurring, and that driver has to keep his or her eyes on the road.

What is more, an Uber spokesperson released a statement saying that Uber’s company policy has strict rules against the use of any mobile devices while a driver is behind the wheel.

Nevertheless, the cameras inside the car recorded the driver looking down repeatedly. It was determined that she had her eyes directed toward her lap a full 33 percent of the recorded driving time.

Had she been watching the road instead of staring at her lap, she would have been able to stop the car and the pedestrian would still be alive.

Technology has made strides in the last decade. However, no amount of advanced technology can ever fully replace an observant human behind the wheel. Though these Uber cars are able to drive on their own, a driver must still be present and at the ready in the event that quick action is needed to prevent an accident such as the one in Arizona.

If you or a loved one have been injured in a car accident, contact the Law Offices of Brent C. Miller today. Our dedicated legal team is standing by to help you navigate the aftermath of a devastating accident.