The Data on Storefront Car Crashes 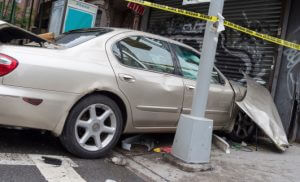 Storefront crashes are some of the costliest accidents. Not only is the cost immense to repair property and cover the loss of assets, but many people are injured or killed when a car crashes into a store.

The Storefront Safety Council, co-founded by Rob Reiter and Mark Wright, has been collecting data in cooperation with the Texas Traffic Institute at Texas A&M University since 2012. Their findings are vital, as there is no official data on these crashes at the federal or state level, except for some reports by US DOT.

The data collected by the Council covers crashes into non-residential buildings and is broken down into three main categories — by age, cause, and site type.

The council recognizes that the statistics on drivers’ ages have prompted the urgency for further research. Two points in particular have drawn interest. The first is concerning for residents of Florida, with a crash rate that is “far and away leading the United States in number of crashes AND rate of crashes versus percentage of licensed drivers.” Florida’s statistics exemplify the correlation between a state’s rate of elderly drivers and storefront crashes.

The other two data categories, cause and site type, have not prompted the need for further study, apart from continued data collection. The top three most common causes for storefront crashes are operator error at 30 percent, pedal error at 26 percent, and DUI at 17 percent. The top three sites where these accidents occur include retail with 24 percent while commercial and other saw 23 percent and 20 percent, respectively.

Nationally, there are over 60 storefront crashes every day, resulting in over 3,600 injuries and nearly 500 deaths every year. One of the best solutions for protecting stores and their occupants is installing bollards. These sturdy metal posts can stop a car from barreling down the sidewalk or lurching into a storefront display. However, these are not yet universal. If you or your business has been the victim of a storefront crash, you have rights that need to be upheld. Contact the law offices of Brent Miller to review your case.