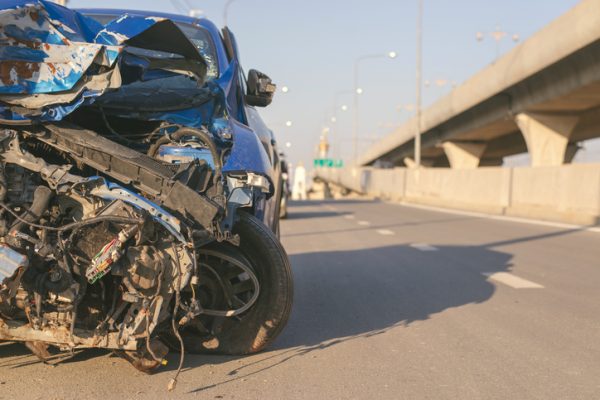 "Technology is moving much faster than the laws," said Ian Reagan, a senior research scientist at the IIHS. "One solution may be to make them broader, rather than trying to come up with an exhaustive list of banned behaviors."

The IIHS study focused on several states that recently adopted tougher laws designed to prevent drivers from using their phones for any reason on the road. In particular, the study concentrated on three states (Oregon, Washington, and California) that each adopted stricter distracted driving laws in 2017. Specifically, all three states have laws that ban holding a cellphone while driving.

Since then, the number of rear-end car accidents (which often involve texting while driving) dropped dramatically in Oregon and Washington but did not make a difference in California. The number of distracted driving accidents also decreased in Washington and Oregon, the IIHS study reported. "The mixed results suggest that broader cellphone laws can work, but the specific wording and other factors like the severity of the penalties seem to make a difference," Reagan said.

Texting while driving laws in Florida

Like many states, Florida prohibits drivers from texting while driving. Florida Statute Title XXIII, Chapter 316.305, went into effect in 2019 and is known as the "Florida Ban on Texting While Driving Law."

Under the law, Florida drivers cannot read, write, or send a text message while the vehicle is in motion. However, drivers can text or operate a cellphone in Florida if the motor vehicle is stationary, such as when a driver is at a traffic light or stop sign.

Texting accidents in Florida are on the rise

Determining the exact number of texting while driving accidents in Florida is challenging. As the IIHS study notes, many police accident reports do not specify if a driver was texting at the time of the crash.

As a result, crashes involving texting drivers often go unreported in Florida, making the state's recent distracted driving accident statistics more disturbing. For example, in 2021, distracted driving crashes in Florida claimed the lives of 333 people, the most in the state in 8 years, according to the Florida Department of Highway Safety and Motor Vehicles (FLHSMV).

"When you get behind the wheel you only have one job, and that's to ensure you and your passengers reach your destination safely," FLHSMV Executive Director Terry L. Rhodes said earlier this year. "More than 56,000 distracted driving crashes happened last year in Florida alone, and 75 percent of those crashes were caused by the driver being inattentive behind the wheel."

Were you hit by someone texting and driving?

At the Law Offices of Brent C. Miller, P.A., our attorneys know the state's distracted driving laws and understand how the civil justice system works in Florida. That's why we have a strong track record of successfully handling complex cases.

Contact us today and schedule a free consultation with our legal team to learn more about your legal rights and options. We have four offices in Central Florida, including Tavares, Inverness, Clermont, and The Villages. In addition, we take car accident cases on a contingency fee basis. That means you pay no fees unless we secure financial compensation for you.